You are here: Home / Raising Tweens and Teens / Should I Take My Tweens to see Harry Potter and the Cursed Child?

What is Harry Potter and the Cursed Child?

Do you have Harry Potter fans in your family? Our family is a bit obsessed with Harry Potter! I have read all the books at least three times and seen all the movies more than that, so I would call myself a Harry Potter expert! As a mom, one of my crowning achievements is raising two Harry Potter fans!

Reaching the end of the seventh book (and eighth movie) has been a bittersweet moment each time. It’s so exciting to get to the end and learn how JK Rowling makes it all come together in such a genius way…but then it’s over.

In 2016 we were THRILLED to find out that a “sequel” was coming out…an addition to the story. And then we were disappointed to learn that it was a play that was only going to be presented in London, and here we were, stuck in California.

But we eagerly purchased the book on the day it was released, July 31, 2016, and I read it together with my then-11-year-old son. This book is different from the other seven books. It is written as a playscript rather than a novel. To be frank, it is less fun to read than the others because of the style.

Harry Potter and the Cursed Child continues the story nineteen years later. Harry, Ron, and Hermione are now adults. The story centers on Harry’s son, Albus, who is now a student at Hogwarts. Of course, danger comes his way and excitement ensues.

What is Harry Potter and the Cursed Child about? The story is largely about relationships, especially the relationship between Harry and Albus. Reading it as a book, there is a very different vibe than that of the original seven books.

To be honest, my children and I were not thrilled with the book of Harry Potter and the Cursed Child. I don’t want to give any spoilers, so I will just say that it goes in some directions that we felt wouldn’t happen in the Harry Potter universe. We didn’t like how several of the characters were portrayed.

Is the play of Harry Potter and the Cursed Child better than the book?

There are still flaws with some of the characters, but the overall play is really, really amazing. It should not be missed!

Is Harry Potter and the Cursed Child worth it to see in person?

The play is so immersive. Being in the theater, surrounded by other Harry Potter fans, seeing it all played out right in front of me…it was an experience like no other.

As a Harry Potter fan, it felt like being inside of the story. It was as if I were in one of the movies, experiencing it with the characters and with all of the other fans that were there with me.

So even though the story isn’t perfect, it’s a unique opportunity to feel like you are in Harry Potter’s world and watch the magic unfold. Every Harry Potter fan should absolutely try to get to this play if possible!

There is also new original music that adds to the production, along with some interesting choreography. And of course, the costumes and sets are fun to see.

Unfortunately for Harry Potter fans around the world, it is only possible to see Harry Potter and the Cursed Child in a limited number of cities. As I write this, it is playing in London, New York, San Franciso, and Melbourne. Soon it will also be in Hamburg, Tokyo, and Toronto. If you are within a day’s drive of any of these places…GO!

Is Harry Potter and the Cursed Child appropriate for tweens?

You might be wondering what age kids should be to see Harry Potter and the Cursed Child. The producers suggest that to see the play you should be at least ten years old, and children under four are not permitted. I think that bringing a child under the age of ten would be a big mistake. IT IS SCARY.

This is not a story intended for children. I think most eleven and twelve-year-olds would be fine with it, and it is PERFECT for teenagers as it is very exciting.

As I described above, the story centers around the adult Harry’s relationship with his teenage son. Which isn’t a good relationship. I have to admit, I found this troubling, as did my kids. We didn’t like reading about Harry having yet more problems and being unhappy, what with all he went through as a kid to save the world. We didn’t like Harry having a hard time being a dad and his kid not liking him. I think anyone under the age of twelve wouldn’t like this storyline as it is too adult.

But more importantly, it is SCARY. There are dementors floating above the audience, Voldemort is there in the room with you, the lights go out and there are scary noises…it is not for the faint of heart. It is not intended for young kids. We were seated in the mezzanine, and the dementors were floating RIGHT IN FRONT OF US. They are terrifying, even for adults! As an adult, I was thrilled by the excitement! It was a bit much for my tween daughter, but she was okay since we had prepared for it. My teen son LOVED it.

If you are bringing your tweens, I highly recommend that you read the book Harry Potter and the Cursed Child together first. That way, they know what it is about and they know what the scary parts will be and when they are coming. I recommend that both of you read it because you know your own children and you will be able to tell if it is a good idea for your tweens to see the play in person. Plus, you will know when the scary parts are coming so you can “protect” your tween when necessary.

Should we read the book of Harry Potter and the Cursed Child before we see the play?

That depends. In general, I think that when movies are based on books, people should read the books before seeing the movies. After all, the stories were originally books and so the reader/viewer should experience the story as the author intended. And usually, the books are better than the movies.

Obviously, if you watched the Harry Potter movies before reading the books, you are a bad person.

Did I mention I am a big Harry Potter fan? I do take this stuff very seriously. Maybe you aren’t a bad person for seeing the movies first. Maybe you were ignorant or misled in some other way. Like my poor husband, who didn’t realize he needed to read the books and then was dragged to all eight movies by his wife. I’ll give you the benefit of the doubt. Just in case, here’s a link to the boxed set of all seven original books:

However, things are different with this book. Harry Potter and the Cursed Child was a play first – before it was a book. The book is simply the play in print. I think the only reason it was printed as a book is because when the play opened, it was only available in London, which meant that most Harry Potter fans had no way to see it in person.

So really you need to decide if you want to know the plot ahead of time or not. I think for many people, the answer would be no…it would be fun to watch the story unfold in person. But if anyone in your family is sensitive and easily scared, then maybe reading the book first would be better.

What else is special about seeing Harry Potter and the Cursed Child in person?

The theater was amazing! We saw it at the Curran Theater in San Francisco. They redid the wallpaper and carpets to go with the Harry Potter theme.

There were themed snacks available (at sky-high prices) which the kids really enjoyed. We bought them each a chocolate wand and a chocolate frog.

Even the theater staff was dressed in Harry Potter outfits and welcomed us to Hogwarts as we entered the theater. All the details were so spot-on – it was really fun.

Should we see both parts of Harry Potter and the Cursed Child in one day?

Harry Potter and the Cursed Child is an unusual stage production in that it is performed in two parts, and you need to purchase two tickets for each person in your party to see the two parts separately. Each part is quite long. Part 1 is 2 hours and 40 minutes and Part 2 is 2 hours and 35 minutes, and both include a 20-minute intermission. This makes attending the play both very long and very expensive.

There are several different choices for how to book tickets. Currently, in most of the cities in which it is playing you can purchase the tickets in the following configurations:

Our family saw both parts in one day. We saw it in San Francisco. Since we live about 45 minutes from San Francisco and the traffic is consistently awful, I didn’t want to fight the traffic twice. So I chose to buy tickets for both shows in one day. That was a good experience because we had one very intensive Harry Potter day. There was time to leave the theater and go out to dinner in between. Our family had fun sitting together and talking about the first part of the play. However, it also made for an extremely long day.

When you are deciding what to do, there are several things to keep in mind.

Should we dress up to see Harry Potter and the Cursed Child?

We saw several people who dressed up in Hogwarts attire to see Harry Potter and the Cursed Child. It wasn’t super common, but it didn’t seem out of place, either, especially since all of the theater staff were in appropriate Hogwarts outfits. We saw a few tweens wearing Hogwarts robes:

Have big Harry Potter fans in your family? Click to read my list of 75+ Harry Potter gifts for tweens and teens! It includes more clothing and jewelry ideas, too. 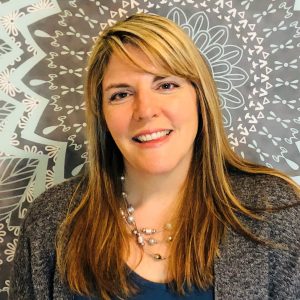 I’ve got tips and advice on raising healthy, happy tweens and teens.  How do you plan a fun vacation that’s enjoyed by tweens and their parents?  How do you satisfy picky and adventurous eaters at the same time? How do you guide kids to make smart decisions without squashing their independence?  I thrive on doing research, wading through all the info out there to bring you helpful, tangible advice on how to raise tweens and teens. 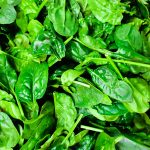 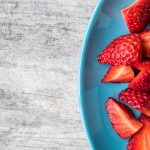 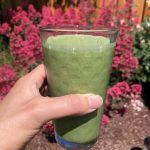 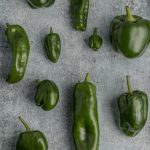 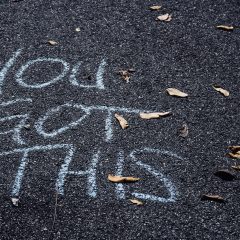 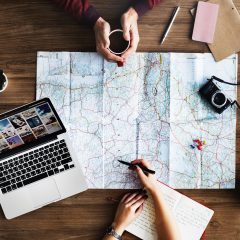 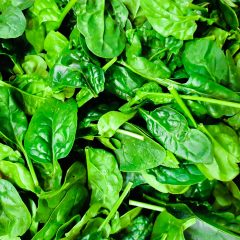 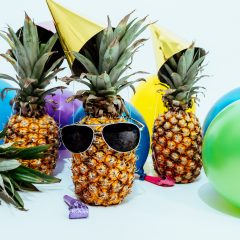 Stuck at home with your tweens and teens?

Need help with your teens and tweens during the Covid 19 crisis?

I’ve got a free daily planner for teens and tweens to help them (and you) keep productive!

Click here to get your FREE printable daily planner!